Panti Bliss is with Brían and Diarmuid Mac Glionn, otherwise known as Ye Vagabonds, the multi-award winning harmonising brothers who hail from Co Carlow but whose music, songs and story are dipped in the waters of their mother’s homeland, Arranmore Island in Co Donegal. Ye Vagabonds picked up best band at this year’s RTÉ Irish Folk Awards as well as best folk track for their version of ‘I’m A Rover’ and with Panti Bliss they share the roots of their music and how the Cobblestone Pub in Smithfield, (which is now under threat), played such a part in their evolution as performers.

For Panti they perform ‘I’m A Rover’ live and in hilarious detail tell the adventures of their All Boats Rise, slow tour, along the canalways with Myles O’Reilly, and perform one of the songs from that tour ‘The Pride of The Barrow’. As they head into the mix for their third album they talk about ‘blood harmonies’ that unspoken sound language of siblings who sing together and gives us a unique insight into how they work together with the performance of a new song, written together. 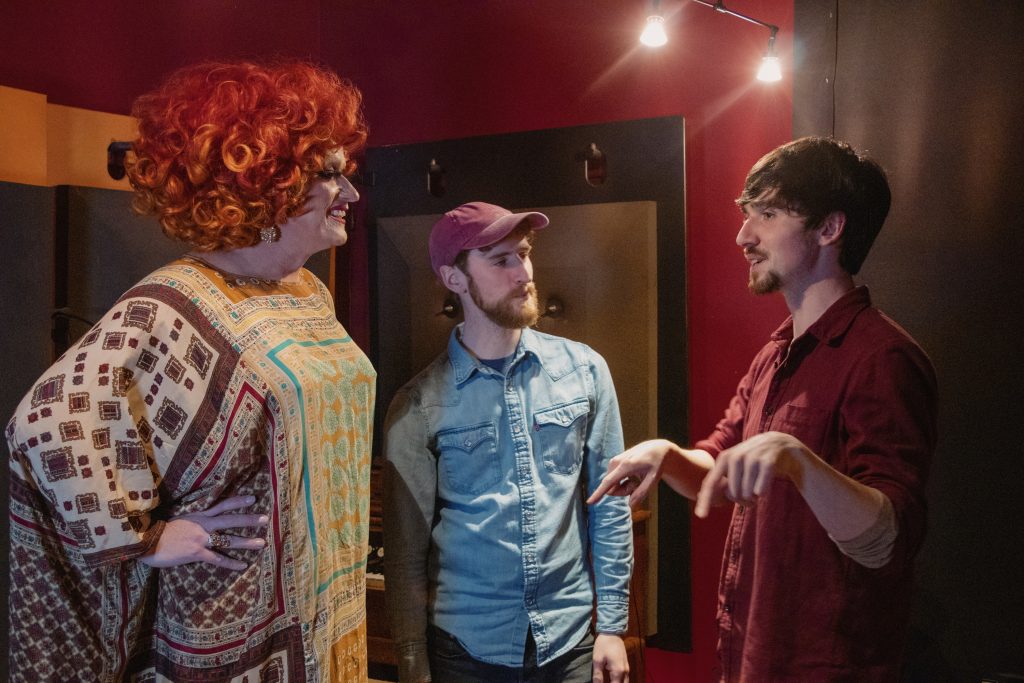 To find out more about Ye Vagabonds and their music : yevagabonds.com
Audio archive recordings of Brían & Diarmuid’s grandfather, Barney Beag Gallagher and their great grandmother,Biddy Néilí Gallagher, is with the kind permission of the Irish Traditional Music Archive www.itma.ie and Lisa Shields and comes from the audio recordings and collection of Lisa and Hugh Shields recorded on Arranmore Island in the 1970s.


Find out more through Brían own podcast and transmedia blog on ITMA’s Drawing from the Well online project itma.ie/drawingfromthewell/brian-mac-gloinn

The clip of Andrew Early singing ‘No One To Welcome Me Home’ – a song learnt when he was 15 years old from Róise Rua was recorded by Brían’s friend Steve O’Connor on the island in 2019. Early has since died and this song is included in Brían’s Arranmore songs project and it is now one Ye Vagabonds sing themselves. Have a look at this gorgeous little video around the Róise Rua Festival now held on the island : feileroiserua.com (you’ll spot Myles and Ye Vagabonds!)

Other clips of songs referenced and sound clips you hear in the programme include:
Ye Vagabonds – I Courted A Wee Girl – from Myles O’Reilly’s film of ‘Seven Songs on Six Islands’ tour.

The Panti Personals is an independent podcast by Athena Media, produced by Helen Shaw. John Howard is the digital and audio editor. The show is recorded in Camden Recording Studios with the kind support of Cian Boylan and the sound engineer is Conor Brady.

And watch the video performances from the show on YouTube